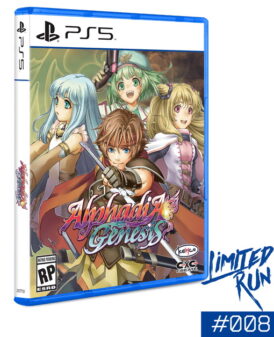 Sackboy: A Big Adventure is a 3D platformer starring Sackboy, the character first introduced in the LittleBigPlanet games. One day the evil jester Vex invades Sackboy’s planet Craftworld, part of the Imagisphere where the Sackfolk live, by literally tearing the sky and climbing inside. He uses a machine called the Topsy Turver to suck up all inhabitants. Sackboy is the only one who can escape in a space ship, stealing Vex’s plans for what he calls the Uproar that will remove all creativity from the world. Order needs be restored by completing five large words. They have different themes such as ‘jungle’, ‘retro space-age’, ‘countryside’ or ‘underwater’. The main goal is to collect orbs that dispel Vex’s barriers so Sackboy can reach the top of a mountain.

Typical platformer gameplay consists of attacking enemies, jumping, light environment based puzzle-solving and collecting items. Sackboy can jump, roll and grab. The game uses a light, whimsical style where 3D elements are mixed with 2D cut-outs. The 3D element is new for the series as previous games used 2.5D. New costumes and emotes are unlocked along the way. There is some amount of freedom to explore in different directions. The player is encouraged to search and explore carefully as the total level score is determined by the amount of items picked up. Some levels provide temporary access to upgrades such as hover boots, a boomerang, and a blaster.

Cooperative multiplayer, both local and online and cross-gen, is available for up to four players. A few of the levels called Teamwork levels can only be finished in the cooperative mode, but they can be skipped when playing alone and are not necessary to complete the game.