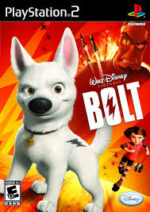 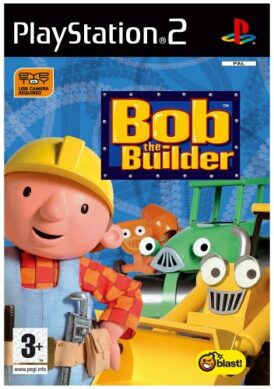 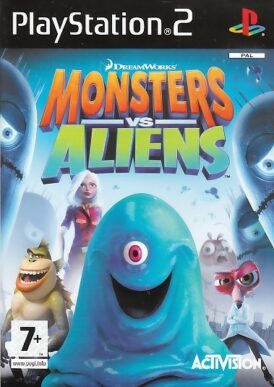 Bolt is a video game available for PC, Wii, Xbox 360, PlayStation 2, PlayStation 3, Nintendo DS, and Microsoft Windows. It is based on the Disney film of the same name. The video game was developed by Avalanche Software and published by Disney Interactive

Disney has released multiple versions for different game systems including Nintendo Wii, PC, Xbox 360, and PlayStation 2 and 3, but the Nintendo DS has a different feel and more of a 2D look to it. In addition, the DS version doesn’t have character voices, but instead uses words across the screen to tell the user what the character’s saying.

A mobile game was also released. The game was developed by Enorbus and Disney Mobile. The mobile version has a 2D look and 4 levels in three different locations, making for a total of 12 levels. The three different locations are (in order): L.A., Bolivia, and Dr. Calico’s Secret Island. The player uses Bolt’s Super Bark, Super Bite, and Super Speed to battle enemies and level bosses. One interesting difference between the various platforms are the “host” characters, or the lack therof. For instance, in the Wii edition, Rhino is the “host”, appearing at the beginning and end of the game, and making comments when the “pause” button is selected. In the mobile game, Rhino and Mittens are both seen before and after each level as watching the Bolt TV show. And in the DS version, there’s no “host” character to be seen (even though Rhino does get his own mini-game), but letters are displayed onscreen, informing the user on the storyline