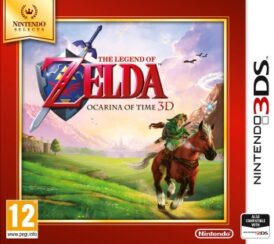 One day, the people from the Mushroom Kingdom receive an invitation to visit Pi’illo Island, turned into a touristic region. As they visit the castle, Mario and Luigi stumble into an ancient artifact looking like a stone pillow. As Luigi falls asleep on it, a dark character appears and kidnaps Princess Peach and take her inside Luigi’s Dream.

Mario & Luigi: Dream Team bros. plays roughly like the previous Mario & Luigi RPG games. The player controls both Mario and Luigi at the same time, using the A button to make Mario perform various actions and the B button to make Luigi perform similar actions. The battles are turn-based and also use the A and B button to control Mario and Luigi. Pressing the buttons at the right moment allows the brothers to make extra attacks, deal extra damage, and evade or counter enemy attacks. When a battle is over, the brothers gain experience and eventually level-up. As they do, their stats rise and the player can choose a stat to rise even more by using a slot-machine like system. At certain levels, they change ranks (from Mushroom to Shell rank, from Shell to Flower rank and so on). When changing ranks, the player can choose one bonus (such as an extra equipment slot, higher HP, etc.) from a list.

There are special giant boss battles that play holding the 3DS sideways like a book and using the stylus to attack, evade and counter. In these fights, Dreamy Luigi gets bigger and fights the foe with Mario helping him.

Various items and equipment can be found all over the map, with some, like beans and rescued Pi’illo folks, having a menu to show how many have been found. The collection menu also has an ‘Expert Challenge’ menu, showing points-awarding goals to achieve in battle. Completing these challenges awards equipment pieces.