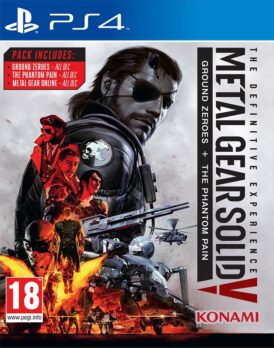 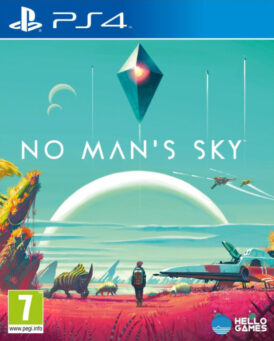 The Witcher 3: Wild Hunt – Game of the year edition – Playstation 4

aka. The Witcher III: Wild Hunt

THE WITCHER 3: WILD HUNT – GAME OF THE YEAR EDITION on Playstation 4 offers over 150 hours of open world adventures and sees players take on the role of professional monster slayer Geralt of Rivia, as he seeks out the child of prophecy in Wild Hunt, faces off against a ruthless bandit captain in Hearts of Stone, and unravels the terrifying secret of the beautiful region of Toussaint in Blood and Wine.

he witcher Geralt of Rivia once lived in the secluded mountain fortress Kaer Morhen, where he enjoyed a peaceful life with his beloved Yennefer and, together with his fellow witchers, trained a young girl named Ciri, the daughter of Emhyr var Emreis, Emperor of Nilfgaard. Following a prolonged memory loss and other turbulent events described in his previous adventures, Geralt eventually gets close to a reunion with Yennefer, whom he hasn’t seen in a long time. Meanwhile, the Empire of Nilfgaard invades the Northern Kingdoms, and Geralt is contacted by the Emperor who asks him to find Ciri. In the midst of these events, a supernatural army known as the Wild Hunt appears in the region, threatening to obliterate everything in their path towards an unknown goal.

The Witcher 3: Wild Hunt is an action role-playing game, the third main installment in the Witcher series, and a sequel to The Witcher 2: Assassins of Kings. Most gameplay elements from the previous games have been carried over, including the usage of two sword types for different classes of enemies, usage of magic, a skill-based character growth, and an extensive alchemy system allowing Geralt to ingest mutagens for various benefits. Combat system has been slightly modified to allow smoother fighting against multiple opponents and usage of long-ranged weapons. Weapon and armor customization options have been noticeably increased. Like before, certain sections of the story are dictated by the player’s moral choices, which are also present in the game’s more prominent side quests.

The main difference between this entry and the preceding installments are physical interactivity and the inclusion of open-world elements. Geralt can now jump, swim, dive, ride a horse, and travel by boat, making nearly every location in the game world accessible for exploration. While Geralt can not travel anywhere right away, each area he visits is significantly larger than before and contains many more optional locations. Geralt can use his witcher senses to track people and investigate mysterious occurrences. There is a night and day cycle, dynamic weather effects, as well as the possibility to craft one’s own weapons and armor. During a few segments, Ciri becomes the playable character instead of Geralt.

GAME OF THE YEAR EDITION includes the critically acclaimed base game, winner of over 250 GOTY awards and most lauded game of 2015 with over 800 awards in total, both expansion packs – Hearts of Stone & Blood and Wine – and every piece of downloadable content, as well as every update and improvement ever released.