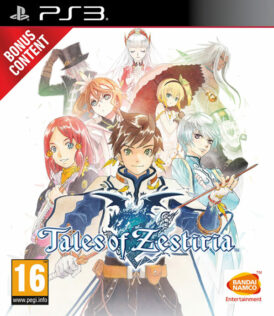 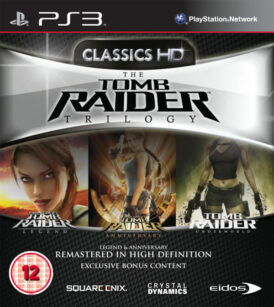 Tales of Graces f is an update of Tales of Graces on Nintendo Wii (2009) featuring trophy support, high-definition graphics, new costumes and skills, and the addition of a story arc taking place almost a year after the end of Graces, “Lineage & Legacies”. Here, Accel Gauges are introduced along with a fourth Mystic Arte for each character. When the Accel Gauge fills up, Accel Mode may be activated, giving a temporary advantage in battle unique to each character. Richard also becomes playable in the new arc, with a complete move and title set.

Tales of Graces depicts the fate of the three countries that will be the setting and the turbulence involving ideals of “protecting one’s beliefs” and “protecting those you love”. The battle system is the first of its kind in the series, an attack method which shifts accordingly with the tide of battle. Dubbed, “Style Shift Linear Motion Battle System” that can be switched arbitrarily. Since it is equipped with a number of new features that are easy to use and full of elements to play with, battles can be fought with various attack methods, further expanding the range of tactics.