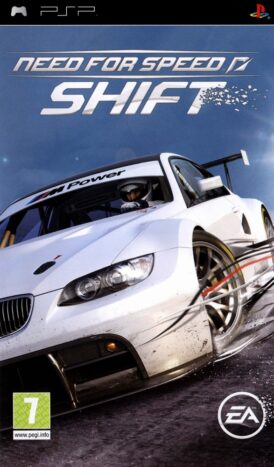 Virtua Tennis: World Tour, the arcade and home console hit, features three core gameplay modes: World Tour, where players travel the globe using a custom-created character to win cash; Exhibition, where players can take control of a pro tennis all-star for one-off matches; and Tournament, which puts players in knockout sessions where only the best will see victory. In addition, this fast-paced games also features a playable array of internationally renowned tennis pros in addition to a make-your-own player mode, exclusive mini-games, and original courts. Wi-Fi gameplay is supported, encouraging up to four friends to play together.

Play as an Internationally-ranked tennis star
Play up against the best in the world or play as a star and challenger
Four unique court surfaces to play on
Multiplayer Wi-Fi function
Competition with other PSP system owners for up to four players
Three different play modes: World Tour, Exhibition and Tournament
Create your own player. Accessorise your character with the virtual cash you win in tournaments.