Skip to content
Filtrera
Produktkategorier
Lägg till i önskelistan

Command & Conquer: Red Alert 2 on PC takes place approximately two decades since the first Red Alert and, unlike the original, has no relation at all to the Tiberium universe. It is a conventional real-time strategy game which, in terms of gameplay, still faithfully continues the Command & Conquer lineage.

Although the Western Allies have installed a lackey as the Premier of the Soviet Union, their spies and relevant contacts suddenly go silent with the appearance of a powerful Soviet psychic named Yuri, who turns out to be Premier Romanov’s advisor. Soon afterwards, the Soviet Union launches an overwhelming invasion on North America and Europe on land, air, and sea. As is usual, the player joins the Allied or Soviet side in the singleplayer campaign (with 12 missions for each faction) as of that point in the storyline. Whereas the technology level in the original Red Alert had World War II and Cold War-era weapons mixed with a few technologies inspired by failed real-world experiments, the arsenals of both sides in Red Alert 2 predominantly include technologically advanced units and structures such as teleporting Chrono Legionnaires, chain-connecting Prism towers, cloning vats, weather control devices, etc. However, the storyline’s tone is considerably more light-hearted than that in previous Command & Conquer games, and following in the footsteps of Tiberian Sun, more known actors were brought to act in the full-motion video cutscenes.

The game uses a modified and optimized engine from Tiberian Sun and expands the gameplay in multiple ways. Both factions are completely distinct both functionally and visually, civilian structures can be garrisoned by each faction’s basic infantry unit for increased firepower and rate of fire, the Allied IFV is included as the first customizable unit in the series (which can change its weapon and function based on the carried infantry unit), and there are neutral “tech” structures which bring bonuses to the players who capture them (e.g. oil derricks bring a small but frequent flow of income, airports allow deployment of paratroopers…). Like in the original Red Alert, factions are split into countries (5 Allied countries, 4 Soviet ones) in skirmish and multiplayer, but instead of having hidden production bonuses, each country has a unique unit, structure or support power that the others do not have access to. Aside from the aforementioned main singleplayer campaign, there is a vast number of skirmish/multiplayer maps, short co-op campaigns, and the return of the World Domination Tour multiplayer mode (unavailable in LAN) which was adapted from the Firestorm expansion for Tiberian Sun.

– The Soviets are exacting their revenge and invading the United States. Fight on the side of freedom or join the Soviet war machine.
– Integrate the power of top-secret technology into your strategy. Soviet Cloning Vats and Allied Chrono Devices are just a few of the many devastating weapons.
– Prism Tanks, Tesla Troopers, Terror Drones, Desolators, Psychic Mind Control, Giant Squid and Aircraft Carriers are just a small part of your arsenal.
– Enhanced veterancy turns newbie forces into battle hardened veterans – Unleash extra fire power and discover secret abilities.
– More ways to wage war than ever before! Play either side in the full solo play campaign or play as one of 9 nations in 8 modes of multiplay and skirmish mode.
– Take your campaign over land, sea and air to utilize over 80 units & structures to deliver your fury.
– Wreak havoc with a friend through the specially designed co-op campaign.
– Cinematic movies accentuate each hard-won battle and brief you for your next mission.
– Will you lead an American victory parade in the streets of New York or host a Soviet victory celebration in the White House?

The storyline picks up right where the canonical Allied ending from Red Alert 2 left off. While the Allies concentrated on regaining territory and fighting off forces loyal to the now former Soviet Premier Romanov, the latter’s advisor Yuri secretly raised an army of his own, using his immense knowledge of psionics and genetic mutation. As Yuri announces his presence and plans, a global network of devices called psychic dominators comes online in an attempt to enslave the entire world. The American president Dugan orders an air strike to destroy one of these devices on Alcatraz island, and although the attack failed, a crashed Harrier damaged the device’s power supply. As all other psychic dominators go online, the Allies attempt to power a time machine to stop these events from occurring. At this point in the storyline, the player chooses to side with the Allies, or to join the Soviets and steal the time machine to also defeat Yuri, but at the same time restore the Soviet Union to power. Yuri’s army does not get a singleplayer campaign, which is the first and only time in a series where a playable faction does not get singleplayer content. The Allied and Soviet campaigns have 7 singleplayer missions each (total of 14).

The aforementioned Yuri’s army is also the first time that a third faction is present and playable in the series, and is available in skirmish and multiplayer modes. Its technology is entirely separate from those of its rivals, and makes extensive use of mind control and various means of disabling enemy units and structures (e.g. Magnetrons can lift vehicles to their location, while Floating Discs can disable or otherwise exploit enemy structures while firing on units). Other factions also get new units and structures (particularly as the Soviets lost almost all technology related to Yuri’s work), and all factions get a common late-game support power, the force shield. Tech hospitals now heal infantry automatically instead of having them enter the building, and several new tech buildings have been added – the machine shop, the secret lab, and the civilian power plant. New game modes have been added in multiplayer, and a new set of co-op missions has been made, including some for Yuri’s army. Finally, most existing vehicles and naval units received unique voice response sets. 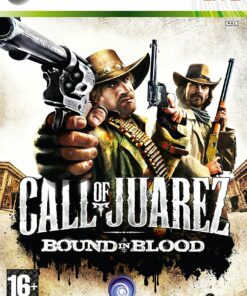 Call of Juarez: Bound in Blood – Begagnat spel till Xbox 360 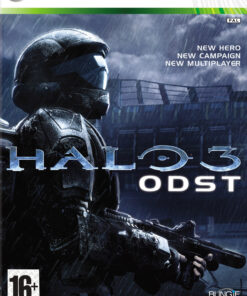 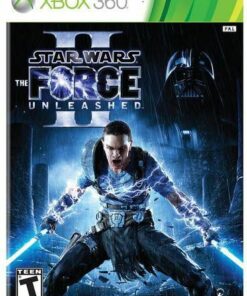 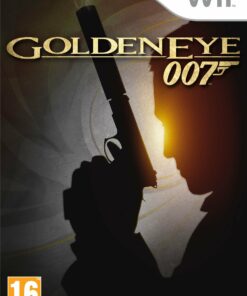 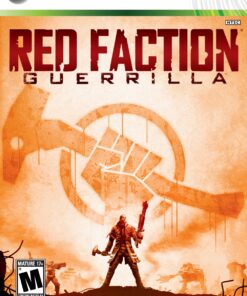 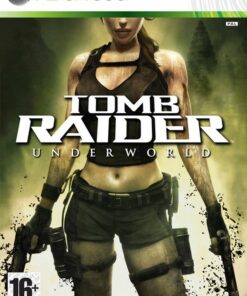 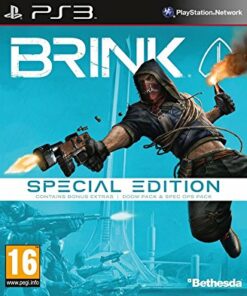 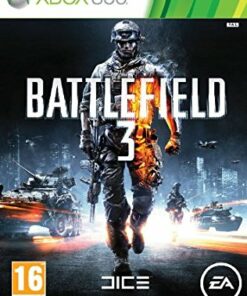