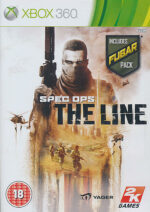 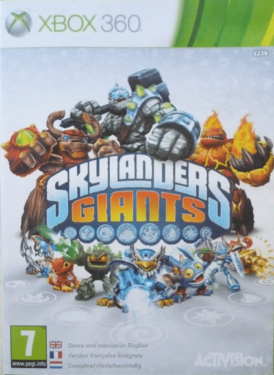 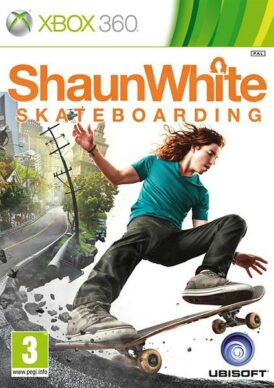 Once a playground for the world’s wealthiest elite, now Dubai has been reclaimed by Mother Nature, buried underneath the most devastating sandstorm ever recorded. Spec Ops: The Line allows gamers to play as Captain Martin Walker, leader of an elite Delta Force team ordered to infiltrate the treacherous region and bring home U.S. Army Colonel John Konrad.

Heightening the narrative to a fever-pitch are ultra-realistic operations against enemies who are unafraid of death and hell bent on destruction. Players must use a variety of combat tactics, authentic military weaponry and the environment to survive. Spec Ops: The Line offers Dynamic Sand that can be used to thwart foes. A well placed shot can cause an avalanche of sand, but sand has no loyalty and can help or hinder the mission.

Spec Ops: The Line packs a full range of single and multiplayer features complete with competitive and team-based modes, as well as the ability to rank up and customize characters from two different factions. The juxtaposition of Dubai’s bold and luxurious architecture and dizzying heights against the devastation outside, as well as the deep storyline mixed with ferocious combat situations, make Spec Ops: The Line a must-play game.

Deep, Mature Narrative: The story of Captain Walker’s rescue mission will challenge players to make tough choices between what’s moral and what’s necessary, as Walker’s journey pushes him to his very limits. Blasted Opulence: The events unfold in a stunning, haunting setting – the remains of Dubai, once one of the wealthiest cities on Earth, now stripped bare. Dubai’s bold and luxurious architecture still shines through, in spite of the sandstorms threatening all that’s left. Opulent interiors contrast sharply with the vertigo inducing heights and mass destruction outside of the extravagant structures.

Dynamic Sand: Turn the tables on foes by crushing them under a cascade of sand cast down by a strategically placed shot – but beware of oncoming sandstorms and their gale-force winds. The sweeping sands of Dubai feel almost alive, serving as a powerful but unpredictable force that will both help and hinder the mission, while opening up a variety of new interactions and tactics.

Brutal, In-Your-Face Action: Join forces with intelligent, resourceful squad mates in fever-pitched gun battles. Accessible combat and squad controls will get you in the fight quickly, where you’ll experience the raw destructive force of your authentic weapons as well as engage in extremely physical close-quarters battles.

Endless Multiplayer: In addition to the single-player story mode, Spec Ops: The Line packs a full range of multiplayer features, including a never-before-seen mode with unique connections to the main story, a breadth of competitive and team-based modes, as well as the ability to rank up, personalize, and customize characters from two distinctly different factions.