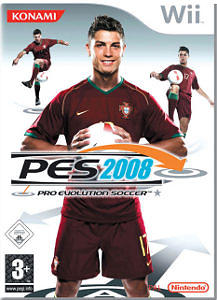 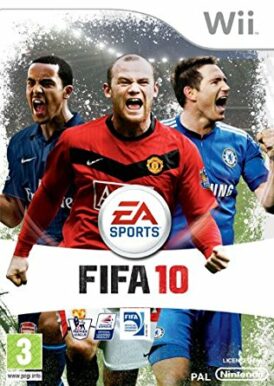 No matter what your gaming experience Nintendo has just the game for you to play with your friends and family. Wii Play on Nintendo Wii consists of a selection of nine very different mini-games on one game, which are designed to help you master the unique Wii Remote, whilst also providing hours of entertainment.

Wii Play consists of a variety of quirky games that can be played either alone or with a friend. This includes Shooting Range, which is the first game unlocked and is reminiscent of the classic Duck Hunt (released on the NES). In order to unlock the next game the player simply needs to complete the previous one (this sequence continues throughout). When all of the games have been unlocked players can start earning medals for their performance.

Find Mii involves picking the right face out of a crowd in an environment that constantly changes – it’s a race against the clock and each other! Pose Mii requires players to make their Mii characters fit into the shapes in the Wii bubbles. To do this they must swing the remote to the right angle to make it fit inside. The psychedelic colours and quirky graphics involved in this puzzle make it instantly addictive.

Other games included are Charge, where players have to hold onto a rampaging bull and try not to fall off! Players steer their bull and make it jump by moving the Wii Remote in the right direction, attempting to knock over scarecrows on the way. Tanks, which also makes use of the Nunchuk controller, tests a player’s strategic skills encouraging them to leave trails of mines for other tanks to stumble across.

Wii Play also features faithful recreations of real sport games demanding precision and skill with the Wii Remote. In Table Tennis players hold the Wii Remote like a bat and use it to move their on-screen character’s hand and return balls. In Fishing players cast their line with similar moves as they would in real life and then wait for a bite before jerking the remote back to hook and reel in a fish. As a pub favourite, Billiards will be an instant hit with older Wii owners. In this game players hold the remote like the back of a snooker cue and use a smooth sliding motion to hit the cue ball. Finally Laser Hockey is a cross between air hockey and ping-pong. Gentle flicks of the wrist are picked-up by the Wii Remote making the pace of the game as relaxed or as frantic as required.

Wii Play takes simple concepts and demonstrates how much fun they can be by using the Wii’s unique control mechanism. The Wii’s unique Mii channel also allows players to build their own customised avatar that can then star as the central character in Wii Play and other games.