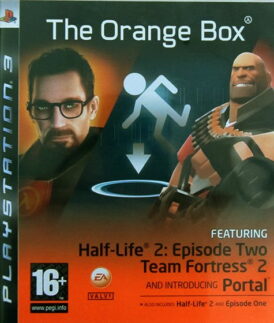 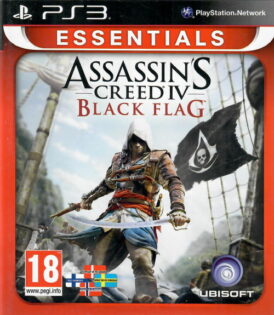 The Lord of the Rings: War in the North – Begagnat Playstation 3 spel

The Lord of the Rings: War in the North – Begagnat PS3 spel

The plot of Lord of the Rings: War in the North takes place within the time frame of the events experienced in J. R. R. Tolkien’s books as well as the series of films from Peter Jackson. While the adventure in this game intertwines with that of Frodo and the Fellowship, it primarily takes place in other areas of the Middle Earth map. The player’s character and two companions (which can be either computer controlled or co-op controlled with two friends) serve to support Frodo’s grand quest by battling Sauron’s “General” and his minions in the north. The adventure and that of the main story from Lord of the Rings overlap at certain points and there is definitely a connection, but the player does not control any of the main characters from the original story.

The three canonical character types are available to play, Eradan the (human male) ranger, Andriel the (elf female) mage, and Farin the (dwarf male) warrior. One of the three predefined characters is selected at the start of the game. There is no character creation, but within the game is an option to tweak the look by using mirrors in certain locations. Also at certain locations it is possible to switch to one of the other two characters to control or simply continuing on as the character that was started with. Each character can be played as a range fighter or a melee fighter, or a combination of the two.

The events are entirely linear, with the path set out before you with obvious goals and quests. It is not an open world game that can be freely explored and were the given quests can be ignored. The game is segmented into areas that are accessed by clicking on the place name on the map screen. Many of them have central hubs for resting, trading, shopping and acquiring new quests.

The gameplay largely revolves around fighting creatures. Each area is filled with orcs, goblins, spiders, trolls, and other minions of Sauron. Melee fighting is handled with a combination of standard hits and special moves. It is also possible to block and dodge (rolling). Range fighting is handled in the same way. The two companions use their own set of skills to assist in the battle and can be instructed by the player in the solo mode. Characters can be upgraded with new abilities through the game and there are often conversations with different options, but with no moral ramifications. Each character class has unique abilities such as mining gems and destroying walls for the dwarf for instance.