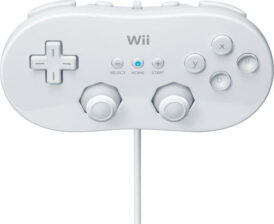 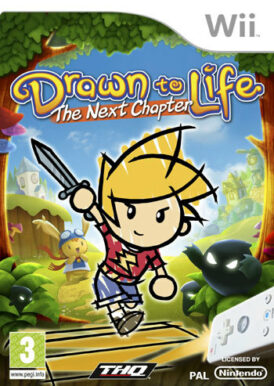 The Classic Controller is plugged into the Wii Remote in order to be used. It features two analog sticks, a D-pad, face buttons labeled “a”, “b”, “x” and “y” (in lowercase), similar to that of a standard SNES controller. Analog shoulder buttons labeled “L” and “R”, and two digital “Z” buttons (labeled “ZL” and “ZR“) are located more closely to the center axis on their respective sides. It also has a set of “–”, “Home” and “+” buttons like those on the Wii Remote, with the “–” and “+” buttons additionally labeled “Select” and “Start”, respectively.