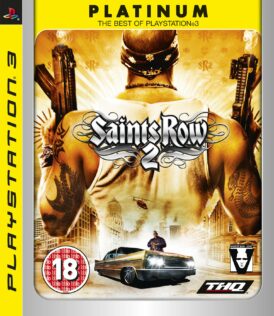 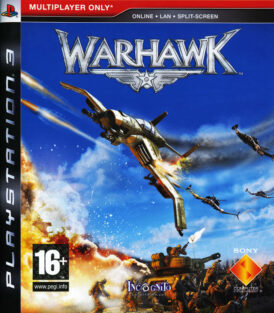 ARC System Works have crafted a new type of fighting game. The #1 2D fighting game in Japanese Arcades is coming to Europe. Making exceptional use of the power behind the PS3 and 360.

An expanding variety, currently 12, of unique combatants to choose from! Choose a character that represents your own fighting style, like the lightning-fast Taokaka or the wickedly powerful Tager.

Drive your way to victory! Use the unique “Drive Attacks” specific to each character to decimate your opponent. Depending on the character, control the elements like wind and ice, or even absorb the life force from your opponents.

Brand new music, animations, backgrounds, and a fully fleshed-out story mode have been made exclusively for the console release

A Plethora of Defensive and Offensive Options at Your Disposal. Take advantage of Barriers, Counter Assaults, Rapid Cancels, Barrier Bursts, Ukemi Tactics and Distortion Drives to turn the tide of battle.

Train your skills online through ranked and player battles. Create online lobbies where up to six players can battle each other or spectate from the sidelines to gauge their opponents.

It’s easy to pick up and takes a while to learn depth of moves the intricacies of each character it’ll keep you busy!

Local Play: 2 Versus
Online Play: 6 Versus (with 2 players fighting and 4 spectators waiting for their turn)

An added bonus is remote play and play the game using your PSP online.